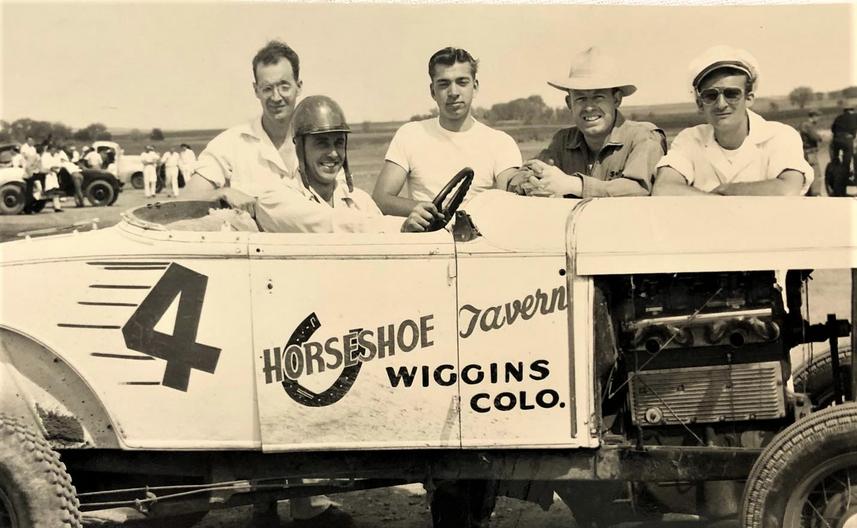 Don Palmer started racing stock cars at Lakeside Speedway, Denver Colorado in 1956 along with his younger brother John. For Don and John 1932 and 1934 Fords were their choice their first year. Don quickly figured out ’32 Fords were superior due to the shorter wheelbase and being lighter than the ‘34’s. Don being a mechanical whiz soon understood the forces being applied to the car during cornering and was able to tune the suspension for better track handling. Both Don and John had driving talent, and they became competitive in short order. Don and John both were regulars posting quick time, winning many A trophy dashes, fast A heat races and main events. Popularity of auto racing at the time was incredible. The fastest twenty-four cars would qualify for the A field main event and the 25th through 48th fastest cars would qualify for the B field main event, with the remaining cars running what was called the Hooligan.  Every week the fields were full. In those days the driver who posted the quickest qualifying time started last in the A-trophy dash, fast A heat race and the A main event.

A highlight of Don’s career was the 1959 Memorial Day 100 lap special race He had a clean sweep of all the A field events that day.  In front of a capacity crowd of over 5,000 spectators he set quick qualifying time, won the A trophy dash, the fast A heat race and the 100 lap feature main event. This accomplishment was broadcast across the nation in the “National Speed Sport News”, the racing bible of the day.  The article was titled “Don Palmer Cops 100 lap grind at Denver”.  Showing the level of this accomplishment, Colorado Hall of Fame and Indianapolis racer Jim Malloy was second.

Don started a successful business in 1947, Mount Vernon Service in Golden, Colorado, this business developed into a full-service station and garage.  This business further grew into a Standard Oil Jobber, delivering Standard gas and automotive supplies to multiple Standard Oil stations.  Don’s tow trucks were used by the Colorado highway patrol on highway 40 between Golden and Idaho Springs and from Morrison to Conifer on highway 285.  Following success with these businesses he added a café to Mount Vernon Service and also opened a successful construction company. Don’s expertise working on all makes and models of cars quickly led to his success on the racetrack.

Don’s inquisitive mind made him a student of everything he became involved with. Studying the CARC (Colorado Automobile Racing Club), the sanctioning body for Colorado auto racing, rule book Don determined that he could develop a competitive edge by switching to Hudson race cars from the Fords they were running. Both Don and brother John made the switch in 1960. This move created a steep learning curve for the two.  The Fords rear suspension used an old technology known as a transverse buggy spring, while the Hudson’s used a pair of parallel leaf springs, which allowed for finer tuning of the rear suspension. Don’s mechanical acumen quickly gave the Hudson’s an advantage in handling on the track. Don and John’s Hudson’s were quickly running away from the competition.  This created such an advantage that the governing body, CARC, had to find a way to slow them down to level out the competition. This was accomplished by legislating a smaller cubic inch displacement engine for the Hudson’s. Undaunted by the smaller engine John was the first to dip into the 13 sec. lap times and a new track record.  For a period of time Don and John were the only cars in the 13 sec. qualifying range.  Don further developed a way to adjust wedge (a method of transferring weight to different corners of the car to improve corner handling) from inside his car during a race. This allowed him t adjust his car during the race while others could not.

Anyone who attended races or drove a car at Lakeside Speedway during the 60’s remembers the Palmer boys and their fast, loud Hudson’s.   The inline six cylinder Hudson engines had a unique sound which the fans loved, the exhaust headers were on the right side of the car and pointed right at the fans. Don was the brain trust and financier of the highly successful Palmer racing team.

Don’s mechanical skills, business experience and gentlemanly demeanor soon landed him a place on the CARC board of directors, serving as chairmen for many years.  Obviously, club members and competitors held Don in high esteem.  He was noted for his clean driving style, his mechanical expertise, and his devotion to the CARC and auto sports, as a whole.  These traits lead to many post season CARC sportsmanship awards at the annual club banquet.  Don’s business also generously provided tow vehicles weekly, in support of the show at the race track.

Unfortunately, in 1963, at the young age of 30 John passed away from a rare blood disease. Don soldiered on, pacing the field, setting quick times and accepting many trophies from the pretty trophy girls of the day. However, it just was not the same without John’s presence and some of the fun and excitement was gone. John was a crowd favorite, known for his larger than life personality and throw caution to the wind driving style. Don was amused and loved these things about his younger brother and missed them, eventually leading to his retirement from driving in 1967.

Because of Don’s astute race car tuning abilities and grasp of race car physics he was quickly recruited by the owner of the Jet-X race car team to be a leading member of their successful race team. Jet-X fielded ‘55 Chevy’s which competed on the road course at CDR (Continental Divide Raceway) located in Castle Rock and at both Lakeside and Englewood Speedways.  Drivers that Don worked with, on the Jet-X team, included Colorado Hall of Fame drivers Fritz Wilson, Sammy Sauer and local legend Jack Thomas.

During this time period a new class of open wheel race cars came on the scene known as Jet Coupes or Roadsters, they were instantaneously popular. Jim Malloy, another local racing legend and Indy 500 driver, along with Fritz Wilson and many other well-known local racers piloted these beautiful race cars. Don’s innovational mind set was immediately attracted to this class.  He soon developed a car, building a purpose-built tubular pipe race car chassis, with Joe Bishop from the Jet-X team. Don further engineered a unique “Laid Down Hudson” engine concept, which took a 308 cubic inch Hudson engine and severely leaned it to the right. This allowed for several particularly important race car objectives to be accomplished.  It lowered the center of gravity of the engine weight mass and shifted the weight to the left hand side of the chassis, which improved cornering weight bias. The many challenges this cutting-edge concept created where a testament to Don’s skills, unfortunately the project was never given time to be perfected, do to a lack of interest in this new dirt open wheel class.

The CARC, during this time period, raced predominately at Lakeside Speedway in Denver Colorado.  The track was part of the popular Lakeside Amusement Park complex.  Across the city in Englewood Colorado was another very popular racetrack, Englewood Speedway, run by the ERA (Englewood Racing Association).  During these years auto racing provided by these two clubs was a major entertainment venue for the Denver area.  On occasion, the two clubs competitors would participate in the others events.  At the end of each clubs seasons they would come together for an Invitational race. One week at Lakeside Speedway and the next week at Englewood Speedway.  The cars racing under each clubs rules were mostly the same, but the ERA rules tended to be a little more open.  As a result of this interaction Don was well known by the ERA officials and competitors/fans.  During the 50’s and 60’s all racing in the Denver metropolitan area was sanctioned by the CARC, ERA or the RMMRA (Rocky Mountain Midget Racing Association).  Automobile racing during these years was a major source of entertainment and seen as a direct competitor of all stick and ball sports.  Grandstands were packed to capacity every week. Don was a major figure in this Colorado racing scene during these wonderful years at its peak. His influence and contributions to this sport put him in the royalty of the Colorado’s racing community. 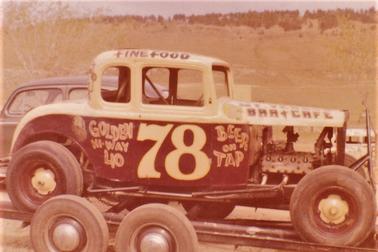 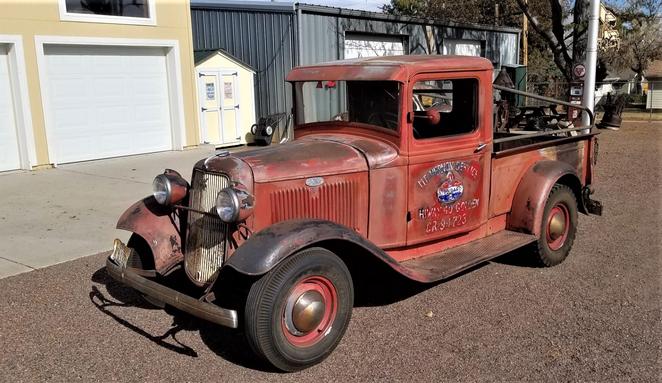 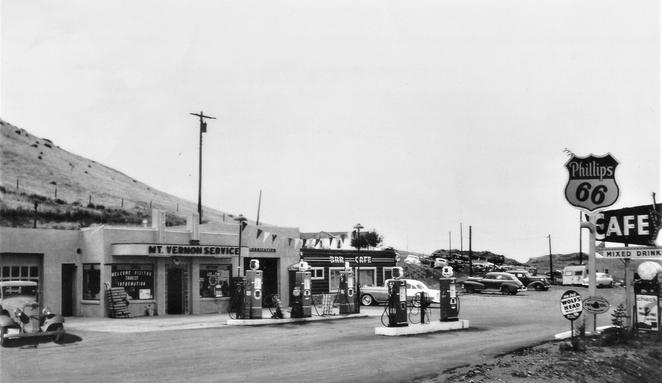 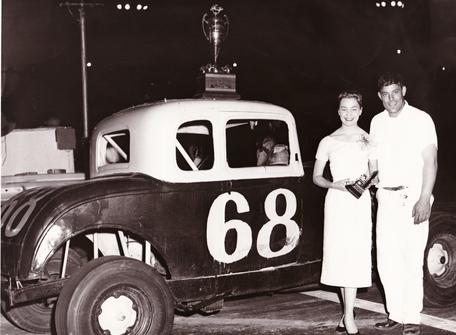 hoover over any picture and click to enlarge it. 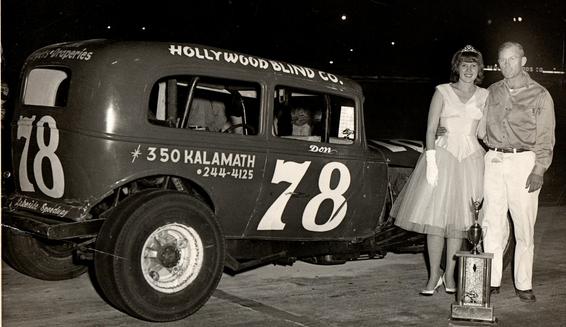 don and john palmer were fixtures at  the fabled lakeside speedway in the late 1950's and early 1960's. They were staunch supporters of the CARC during the glory days  of denver automobile racing .  racing was a major  sports draw in those days, competing toe to toe with other sports for market share.  The brothers always ran at the front of the field and were threats to win anytime they pulled on the track.  fans loved the sound of their unique hudson race cars.  there passion for racing made them the type of individuals  the club owes a heart felt thanks to.  Thanks to charlie palmer for sharing this family history with us!   Mike